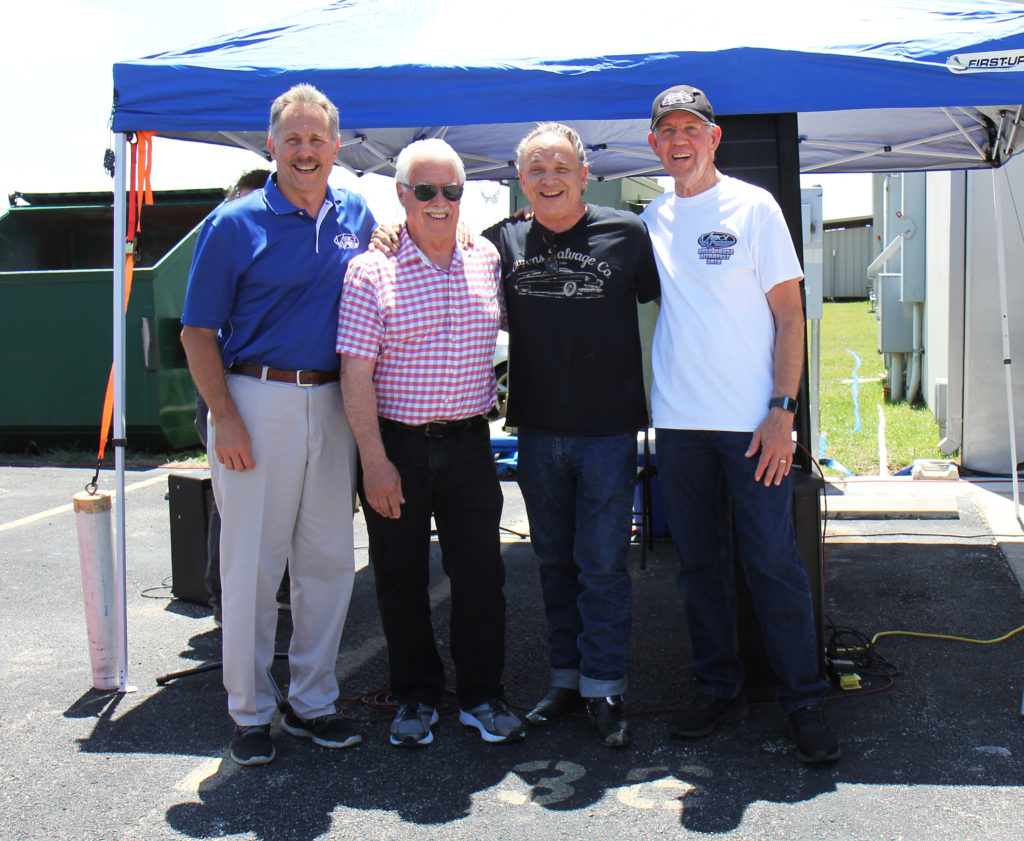 Please join us as we proudly welcome three new inductees into the Vintage Air Hall of Fame for 2019. Each of these men have undoubtedly left their mark on our community and the motorsport world in their own unique way and for that we are forever thankful. Without further ado, we welcome: 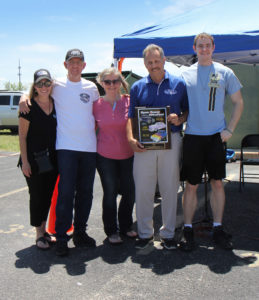 Rick Love is one of those fortunate individuals who has turned his hobby – building hot rods – into a professional career in the automotive aftermarket, to the lasting benefit of both hot rodders and the industry which has grown around them.

Rick’s career began while still in high school, when he built his first rod, a ’40 Chevy coupe. A succession of hot rods followed during the next decade, while Rick was acquiring a degree in electronics. Among them were a ’74 GTO, a ’40 Pontiac sedan, a ’39 Ford Deluxe coupe, a copper American Graffiti-style ’32 Ford five-window (which often graces the lobby here at Vintage Air), and the most recent addition to his stable – a Pro Touring 1972 Camaro Rally Sport.

A Texas transplant, Rick arrived in the Lone Star State in 1982, and began working as a freelance writer and photographer for Rodder’s Digest magazine. Having created a workshop in his home he also drew on his electronics degree to do wiring for other hot rodders, and progressed to installing air conditioning systems for them, as well.

The A/C work brought Rick to the attention of Vintage Air’s Jack Chisenhall, who asked Rick to assist the company at rodding events. That led to Rick being hired full time in the late ‘90s, and a progression through the ranks of the company. Five years in, Rick was named Vice President of Sales, and 5 years later he became the number two man in the company, serving as Executive Vice President.

What sets Rick apart, aside from his dedication, work ethic and commitment, is that he’s always been a hands-on guy. At Vintage Air, he’s been deeply involved in product design and innovative development, and in industry programs to bring in the next generation of hot rodders, car builders, manufacturers and service companies. Recognition of those efforts led Rick to receiving awards from the Hot Rod Industry Association and the National Street Rod Association, which named him their Person of the year for 2018.

Which brings us, not only to Rick Love’s induction into the Vintage Air Hall of Fame, but back to that ’39 Ford coupe he built over 30 years ago. To date, Rick has logged over 180,000 miles in the car on road tours, and is currently rebuilding it, and working with his son Matt, on the second-generation rodder’s first project car.

For his untiring efforts on behalf of hot rodders and the industry, and for the many talents he continues to bring to both, we welcome Rick Love into the Vintage Air Hall of Fame.

When most people think of the term ‘coachbuilder’ they tend to think of the European firms and, more specifically, the Italian Carrozzerie, Bertone, Bizzarrini, Pinifarina and Vigale, and of their work particularly for Ferrari, Fiat and Maserati.

But coachbuilders in this country date back to the beginning of the auto industry. You perhaps think of “Fleetwood” as a Cadillac model, but a coachbuilder, Fleetwood Metal Body, was created in 1909. From those early days, people ordered rolling chassis from Cadillac, Duesenberg, Lincoln, Pierce-Arrow, Rolls Royce and a host of others, then bodies were custom designed and built by coachbuilders such as Fleetwood.

In 1930, the Great Depression effectively ended the coachbuilding business in America, but one among them, Moal Coachbuilders, traces its origin to 1911, when recent French immigrant Guillaume “William” Moal opened a body shop in Oakland. After William retired, his son, George, took the reins, expanding the business in 1946, then in turn passed the keys along to his son, our honoree, Steve Moal.

At that time, the company specialized in repairing and painting high-end cars, chiefly Mercedes. But Steve, a hot rodder at heart, used the metalsmithing, fabricating and designs skills he’d acquired from his grandfather and father to create a succession of hot rods. One of them, the ”California V8 Special,” was featured on the cover of Street Rodder magazine, which in turn gained him a commission from Tim ‘The Tool Man” Allen to create a similar roadster.

The originality of Steve’s designs, and the superior craftsmanship of his execution quickly led to a succession of such commercial projects, and the eventual conversion of the Moal body shop into Moal Coachbuilders.

Uniquely, the “Moal Look” combined the classic looks of American hot rods, track rods, and European sports cars, drawing inspiration from vehicles created on both sides of the Atlantic, from the 1930s through the 1960s.

Examples of the range of Steve Moal projects is provided by cars he created for but a single client, of many, Bill Grimsley: a Ferrari-engined Torpedo hot rod; a 1934 Ford-like boat-tail roadster; a 1936 Ford-inspired roadster; a 1932 roadster known as the Speedway Special; and a two-door Vicky with a V-12 Falconer engine.

Steve decided to semi-retire in 2016, turning the business over to his sons, fourth generation Moal Coachbuilders David and Michael, now the caretakers of an over 100-year old family tradition of excellence and creativity.

And so, it is with both respect and honor that we induct Steve Moal into the Vintage Air Hall of Fame.

Jimmie Vaughan has been universally recognized as one of the legendary blues and rock musicians, singer, guitarist and recording artist. Together with his late brother, Stevie Ray, he received Grammy awards in 1990 for two joint albums, and for Jimmie himself, two more Grammys, in the rock instrumental and traditional blues categories. You might also know his work with a little band he formed in the late ‘70s, the Fabulous Thunderbirds.

What sets Vaughan’s body of work and his life apart is his commitment to tradition. You can hear it in his love of blues and blues-based rock, and see it in his cars, which are helping keep alive the traditions of custom cars as created in the late ‘50s and 1960s.

So, we’re here, not to further honor Jimmie Vaughan for his musicianship, but for that love and involvement in custom cars.

Working closely with Gary Howard, of Georgetown, Texas, Jimmie has created four cars which have been the subject of numerous magazine articles, and a cover feature in The Rodder’s Journal: his first, a 1951 Chevy Fleetline; a 1954 Ford hardtop; a 1961 Cadillac; and a 1963 Buick Riviera.

Each has received the full, very traditional yet distinctive custom treatment. All four are severely lowered, feature shaved noses and decks, shaved door handles and, for the Cadillac and Riviera, two-inch chopped tops – no easy feat on either.

But the many common features aside, each has its own distinctive styling features, using unique blend of cross-bred factory parts and custom touches. Especially notable and striking are the approached to Frenched headlights and taillights with custom grilles.

What has been rightly called the “crisp, understand elegance” of his customs has won the coveted Harry Bradley design Achievement Award twice, and the recognition of his peers, who elected him into the Kustom Kemps of American Hall of Fame.

We are pleased to be able to add to Jimmie Vaughan’s many honors, and to thank him for his commitment to custom cars with the induction into the Vintage Air Hall of Fame.