From Ron Ceridono of the Hot Rod Network:

Looking inside most of the customized classic trucks found at events across the country would lead the casual onlooker to believe they all came equipped with factory air conditioning. But while Packard became the first car to introduce factory air conditioning in 1939, most pickups weren’t so blessed until the ’60s. Fortunately our friends at Vintage Air began developing aftermarket systems in 1976 that made it easy to retrofit any car or truck with a contemporary climate-control system.

While adding A/C to an early truck isn’t anything new, something that is becoming more common is replacing an original factory system with something more efficient, and our 1973 Ford is a perfect example. While the heat and cool system in our truck was fine when new, time and lack of technology have caused it to be trouble prone. The first problem became apparent when the vacuum-activated dash control developed a mind of its own. Due to what seemed to be miles of rubber hose, all of which had deteriorated, and a dicey vacuum motor, the system would change from defrost to floor outlets then maybe to the dash registers. But the most annoying behavior was when the flapper door would open sporadically, allowing cold air into the cab when heat was desperately needed…

Click here to read the full article on Hotrod.com! 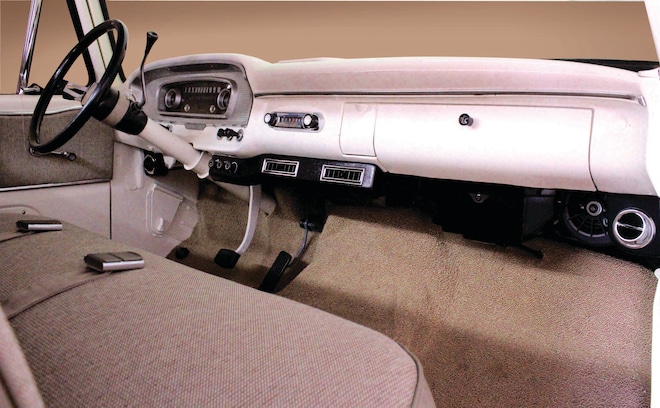